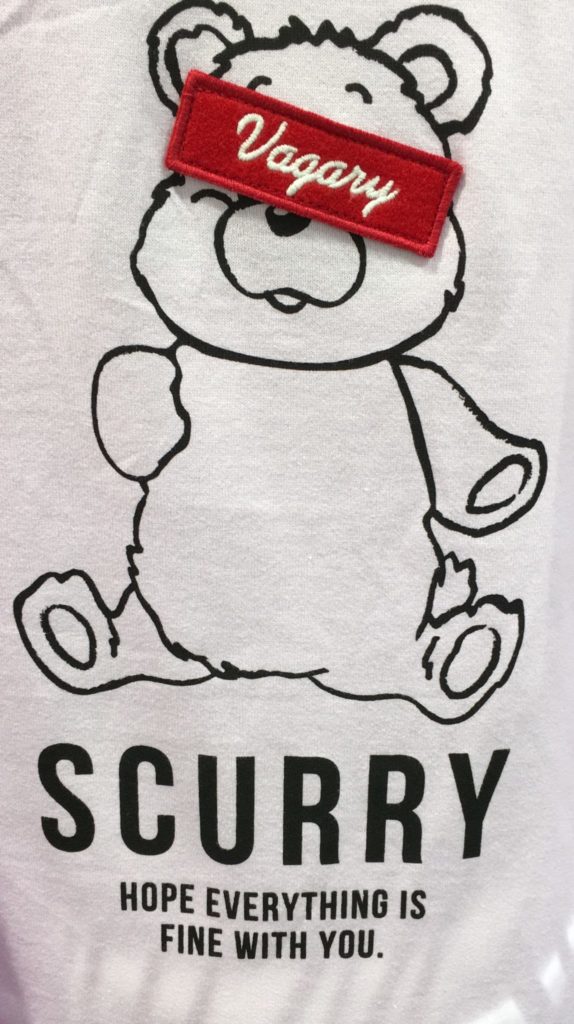 In the past week, I’ve gone…

It’s all appropriately mind-boggling. The contrast between India and Japan is pretty much what I expected. In many ways I find it very comfortable; the weather is so much like Vancouver at the moment, and the overall sense of consideration and caution suits me pretty well. I know no one is going to butt in front of me in a lineup, so I relax, because I don’t feel obligated to assert myself. Of course I’m relaxed about other things too: being able to drink the tap water, not catching dengue from a rogue mosquito, feeling safe on the streets at night. And it’s been fun to blow my mind with things like wandering jet-lagged into a giant mega-arcade in a mall and letting my senses be assaulted with high-pitched fast-paced MIDI-sounding tunes and flashing lights and just general insanity. I mean, I was used to chaos in India, but a Japanese arcade is a whole other type of chaos, like a casino designed specifically for kids pumped full of amphetamines or something.

Because there’s actually so much familiarity and comfort, just in terms of high standards Western-style consumerism, I had a vague sense of “is that it?” I’ve been greatly enjoying myself here in Kyoto, but I’d forgotten just how touristy a tourist town can truly be, because in Tiruvannamalai it’s a very different type of tourism, and the whole experience is raw and rough around the edges – but less curated and controlled, too. My first few days here, I went to Fushimi-Inari Shrine and Kiyomizu-dera Temple, two of the most recommended sights here. I’d seen photos of them: serene, beautiful Buddhist temples. Then I got there and everything was swarming with other tourists posing with their selfie sticks. Of course, of course they would be. I just hadn’t thought about that. 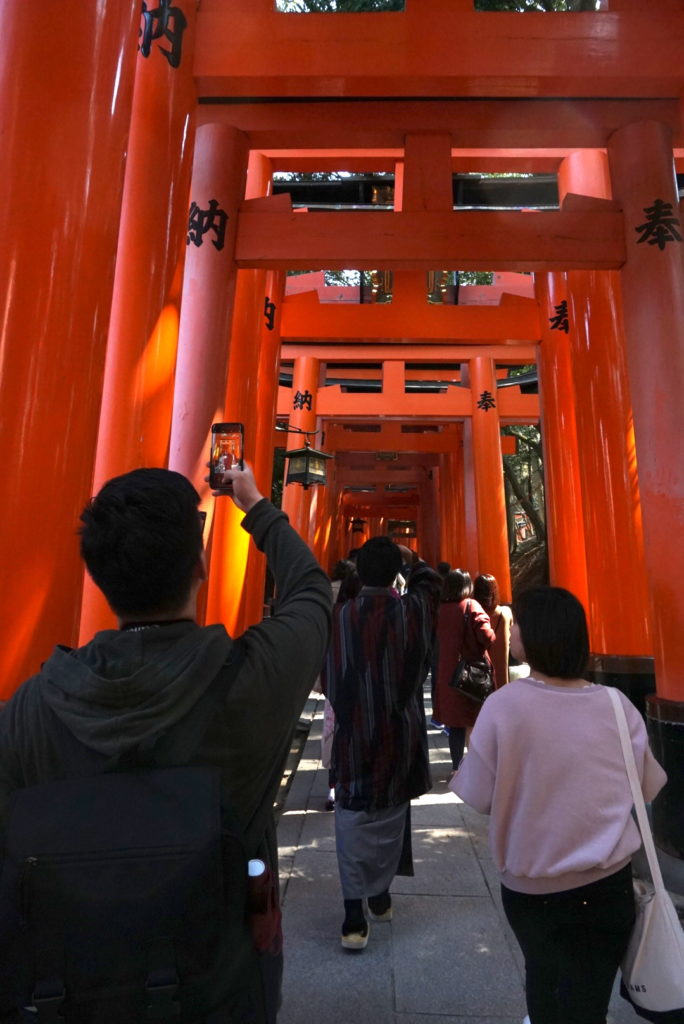 All those promo pics of empty, endless red gates? LIES. This is your real view.

I was a bit disappointed at first, but behind Fushimi-Inari I went on a walk partway up the mountain, and sat on the path in the bamboo forest there where someone would only occasionally wander by, and that was the sort of lovely and peaceful experience I had had in mind. Kiyomizu-dera likely has similar places to hang out, but it was a bitterly cold and rainy evening when I was there, and I had to keep moving to keep warm. 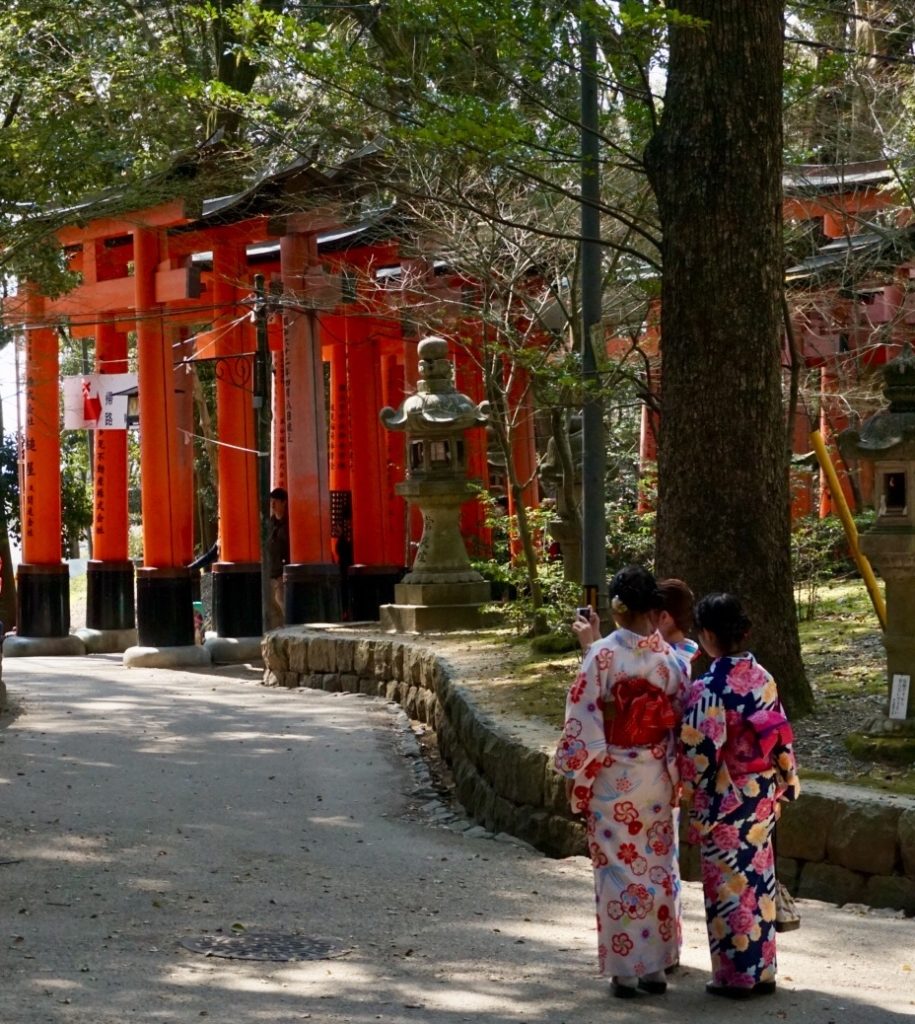 It is kinda cool though when some of the tourists are Japanese women who’ve rented kimonos for the occasion.

Then I went to Nara, to see the sacred deer in Nara Park and to visit the immense Todai-ji Temple. And this was the first moment I truly had of “ah, THIS is why I came to Japan”.

First of all, I’d heard that the deer will come up to you for crackers, but I hadn’t appreciated that they will basically mug tourists for all they’re worth. And that is a most beautiful form of entertainment, watching Japanese girls run shrieking from these cute fuzzy deer who’ve just come up and gently headbutted them or nibbled their pockets.

Sacred deer on a shakedown for crackers

This poor kid didn’t stand a chance. He lost his colouring book page to a rogue deer and ran bawling to his mom. Roving deer gangs… they’re a menace to society. 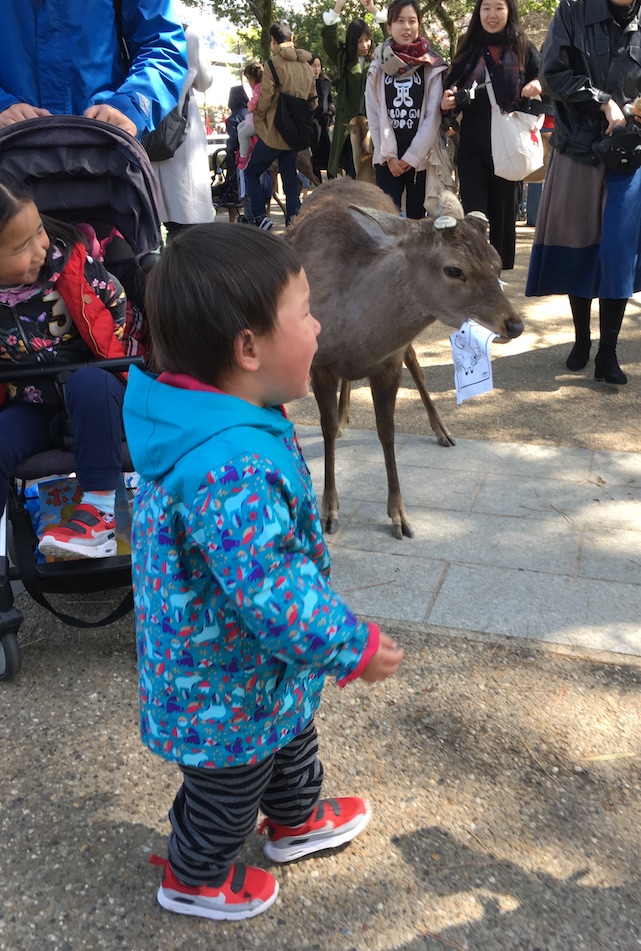 The deer ate my homework!

Getting to pat and feed and interact with the deer just lightened my heart so much. And then I arrived at Todai-ji Temple. Sure, it was still filled with tourists. But not only were they being mauled by deer, but the temple itself was so sheerly immense and imposing that the crowds simply couldn’t distract from it. It is the largest wooden structure in the world – and this is after a smaller version of it was rebuilt in 1709 (the original temple was founded in 728).

It houses an immense Buddha (49 feet high) and two slightly smaller Bodhisattvas. I found a bench at the back where I could finally just sit quietly and watch people go by, and stayed there for some time, enjoying the feeling of time and space and scale.

It was a beautifully sunny day, still a bit chilly, but the cherry and plum blossoms were just starting to emerge. A little early, lucky for me. 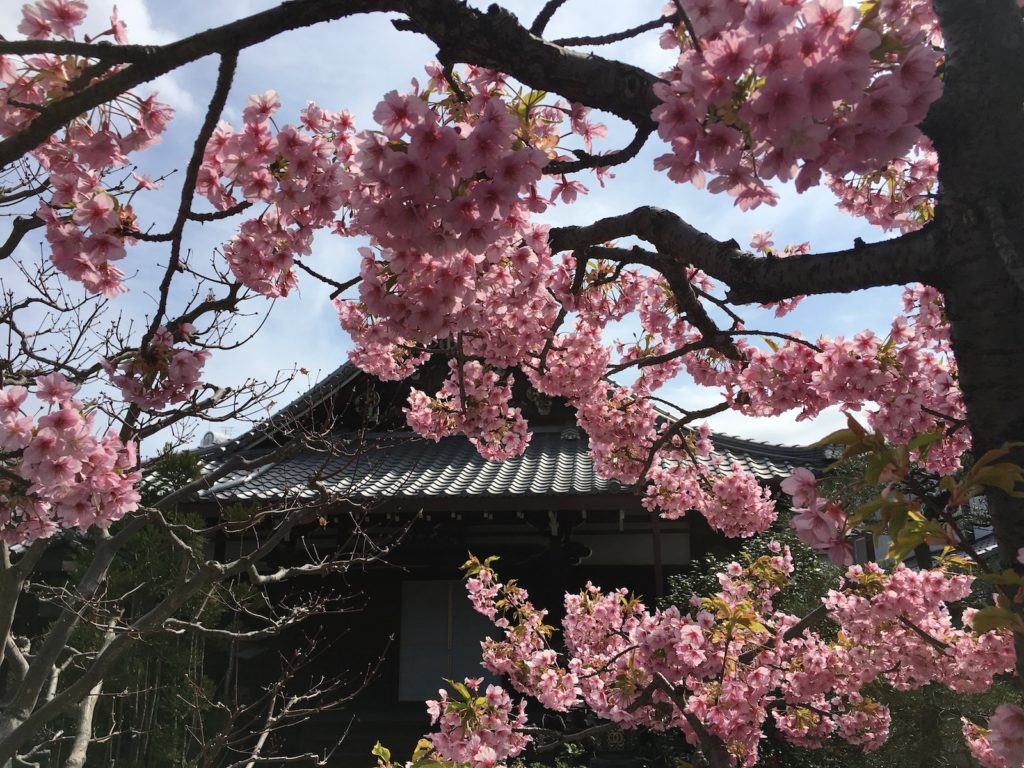 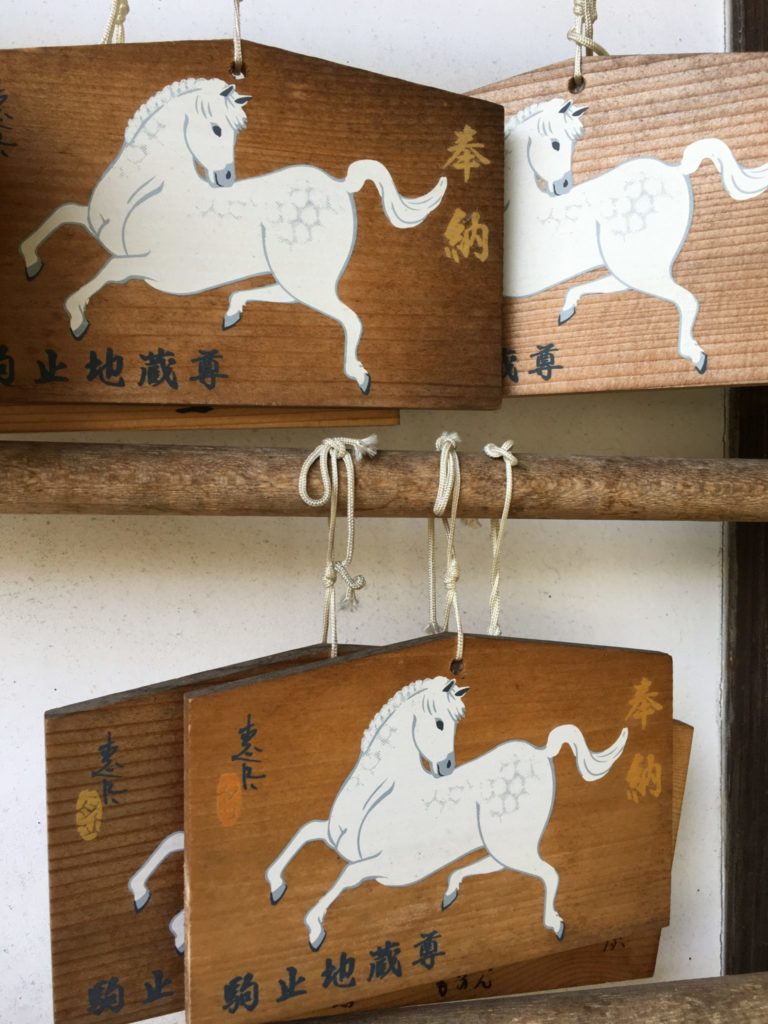 The next day I discovered that my Airbnb had a bicycle I could borrow, and that just opened up Kyoto in a whole new way. I noodled through quiet side streets, away from all the masses of humanity and their selfie sticks, and actually found the sorts of peaceful hidden temples that I had had in my imagination before coming to Japan.

I also found out about an onsen, or public bath, that I could go to – most of them are blocked to me because I’m tattooed, and that’s still so strongly associated with crime here that it’s enough to get you kicked out of the tub. Funaoka Onsen doesn’t mind, and I was so much in need of a hot soak. Sleeping on a futon on tatami mats is nice and authentic and all, but it’s a bit like camping; it takes a few days for the body to adjust, and it sure does its share of complaining in the meantime, especially having just been hefting a heavy backpack around. Funaoka Onsen has five different tubs, including one that has electric currents running through it for an effect much like a TENS machine. Fun stuff. I stayed until I was boiled like a lobster.

I also reserved a spot in a meditation class at Shunkoin Temple. It was geared at beginners, but I’ve never really looked at Zen in any meaningful way, and the idea of getting to finally enter and experience the inside of a temple was highly appealing. And the class was really good. The instructor, Rev. Takafumi Kawakami, gave an excellent introduction to the whole picture of meditation, with warmth and without pretense: debunking the idea that it’s all about being happy, talking about anxiety and sadness coming up, discussing the process of getting from calmness to concentration to insight over time. He showed us around the main halls of the temple, and then we had some matcha tea and crackers. I really truly enjoyed it, wished it was longer, and that the instructor had been available to chat afterwards. It turns out they also have a guesthouse – I’d certainly consider staying there for a few nights another time, to be immersed in the space more.

The temple is in a big complex of over a dozen temples to the north of town, almost like a campus, but for Buddhists. As I left Shunkoin I passed Taizo-in Temple. It’s famous for its Zen garden, but by this point it was raining pretty significantly and I hemmed and hawed about whether or not to pay the entrance fee and wander about getting damp. I decided to, and it was one of the loveliest moments I had in Kyoto. The gardens are so artfully laid out, in a way that they look simultaneously natural and human-crafted. They’re nothing like Western gardens where there’s a single focal point and symmetry; they’re based more on principles of harmony and relationship between the elements. (Rev. Kawakami said the word for “harmony” gets terribly misused in Japanese advertising, but it still has a nice connotation in English, at least.) Even though it was raining solidly, even though most of the trees were still bare and the ground still a bit brownish, there was such an ease and beauty about the place, a sense that “this is perfect” even with the circumstances not being ideal. I would’ve loved to have sat there for a while, but everything to sit on was wet. Another trip, perhaps. 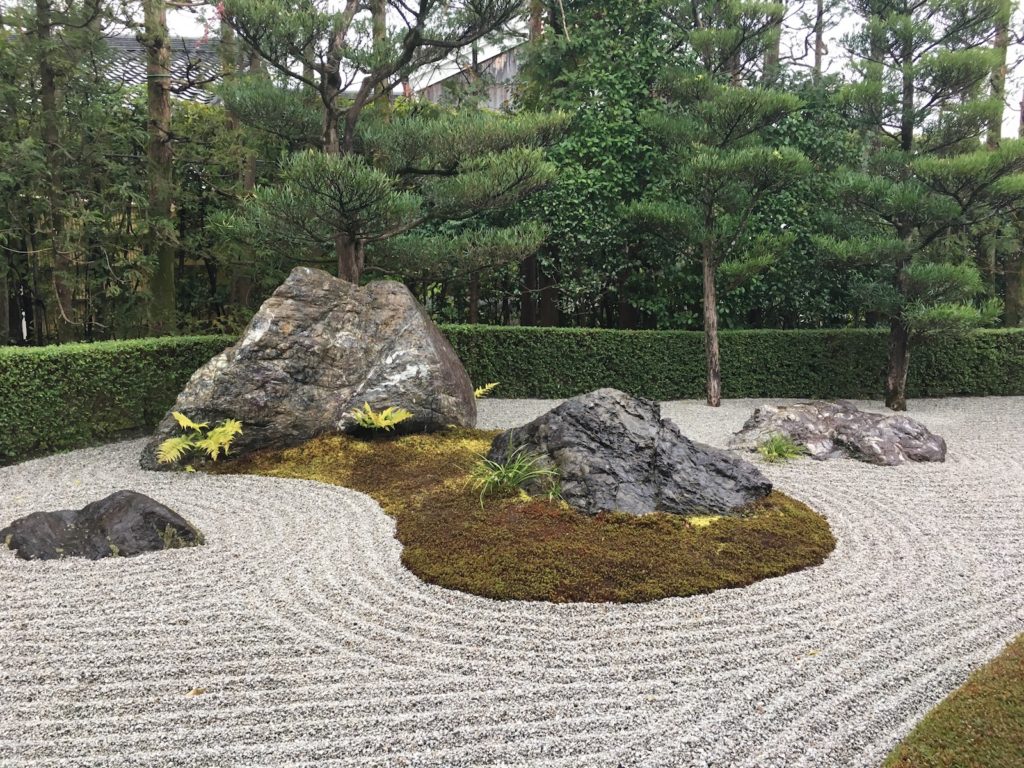 So on Wednesday, my five-and-a-bit months of international travel comes to an end. I’ll probably do a bit of decompressing and readjusting and catching up on things before I post next. I’ve got family and friends to see. I’ve got a lot of coding to catch up on – my remote working wasn’t really going so well by the end of my time in India, between my digestion and wrist issues and preparing to depart. And I’ve got some more culture shock coming to me! Here we go!

Minding the mind in Metchosin

A traveling companion, and a week of settling...

Peak experiences and the quick fix

A merry romp through the Indian health care...

Thank you for your wonderful travelogue. I’ve looked forward to each and every one, and like all your other followers have enjoyed living vicariously through each post and photo!